THE YEARBOOK IS READY! If you order before the 8th, you’ll get free shipping – yay! Go to treering.com to place your order. If you have problems, contact Heidi Beguin. Here’s a little sneak peek… 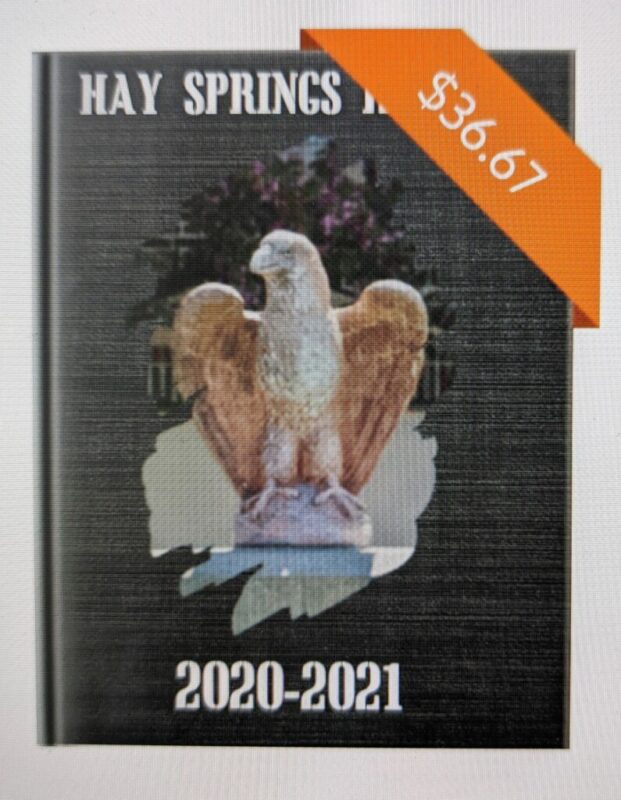 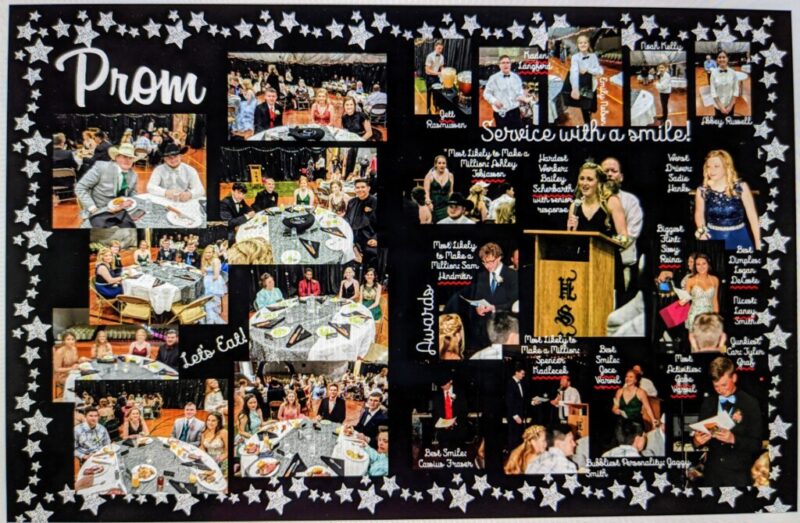 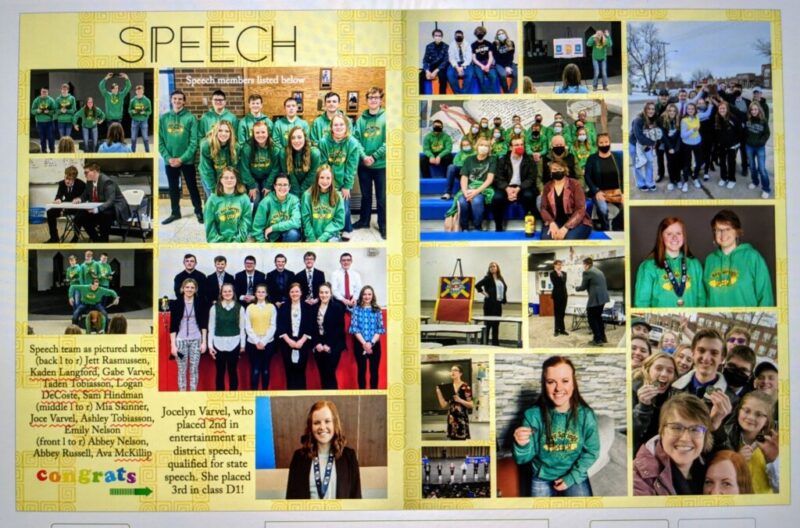 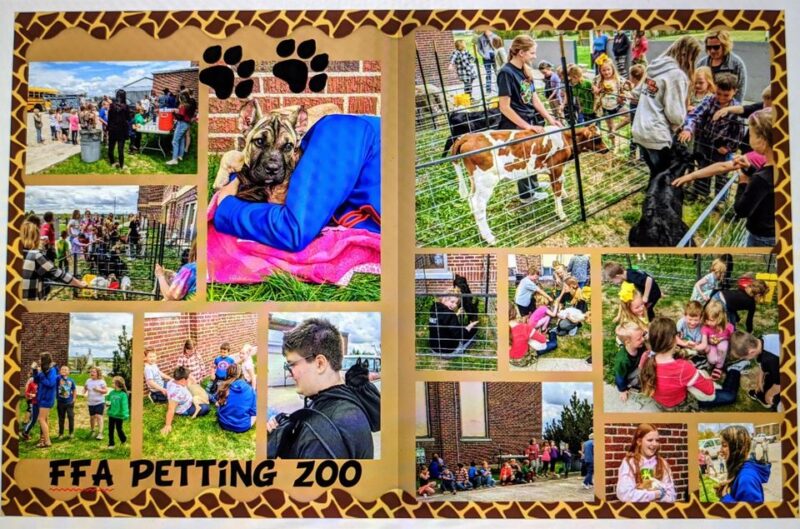 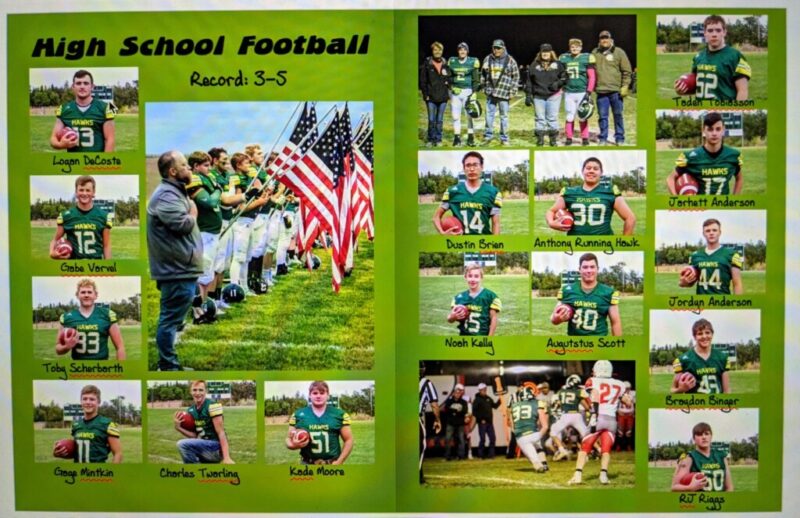 We have two state journalism medalists, for the first time EVER! Congrats to Bailey Scherbarth who placed 4th, and Gabe Garcia who placed 6th in the advertising category. 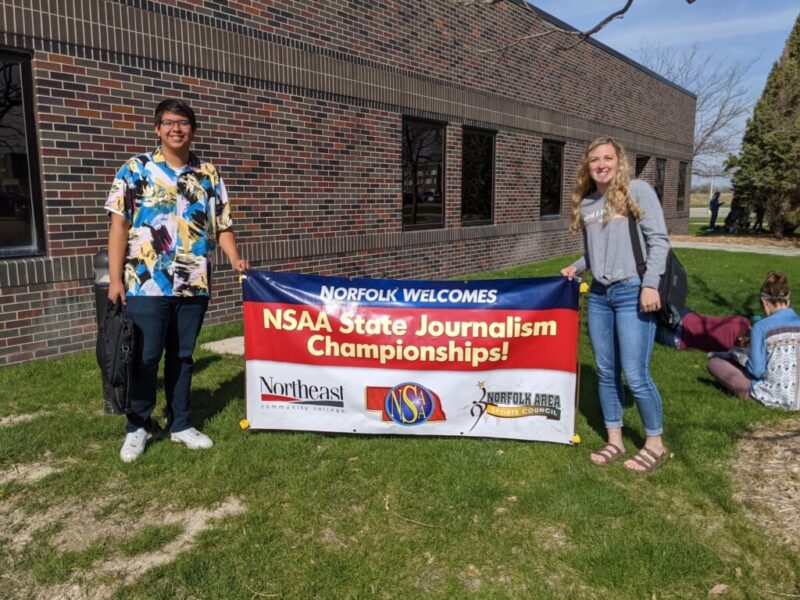 Here are the directions for ordering a yearbook:

Calling all cooks! The Hay Springs Journalism Class is collecting recipes for the 2016 School/Community Cook Book. We hope to have it available for purchase December 2016 at the annual Santa Soup Cook Off. We know there are a number of talented cooks in and around our area. Please submit your recipes to robin.shimek@hshawks.com or mail to 407 North Baker or hand deliver it to the school.  This cookbook will make a great keepsake for all!

According to Superintendent Steve Pummel, Hay Springs has received more than a 20% influx in student enrollment this year; almost every class in the upper level has gained at least one new student. Hay Springs High School has received three new juniors, two new sophomores, and one new freshman. The Junior High also received new students, including one new seventh grader and two new sixth graders.

Zade Henry, Charles Jerrell, and Quinn Tiensvold have all been added to the junior class. Zade is from Clifton, Arizona, but has visited Hay Springs frequently during the summers, although he spends most of his time working. His mom, Shelli Rose is a beautician, and he is an only child. He plans to play football and wrestle this year.

Charles also plans to wrestle this year, but that is the only sport he is interested in. Although Charles has attended Hay Springs High School before, he most recently moved here from Annapolis, Maryland. He lives here with his dad, Charles Jerrell Sr., who is a retired member of the military.  He has one older brother and two older sisters. Charles favorite class is P.E. because of the fun people and he likes to sleep in his spare time.

Quinn, the only girl to transfer into the junior class, lives in Gordon, where she used to attend school with her younger sister, Sage, who is now a freshman at Hay Springs High School. Her parents, Mark and Ila, raise buffalo/ She is going to be part of the volleyball team this year, although she also enjoys reading, swimming, and boxing. Quinn’s favorite class this year is English because she finds it fun.

The sophomore class received one new boy and a new girl, who happens to be a foreign exchange student from Germany. Leah Griese, is from West Germany, where she used to ride horses for sport, read, and listen to music. This year she is trying out volleyball at Hay Springs High School. In Germany, her biological parents are Sandra and Ulf, and she has a younger sister. Her mother helps blind children at an elementary school in the area and her father is an IT consultant. So far this year, her favorite class is band, because she enjoys music.

Tyler Merritt also transferred to the sophomore class this year (just what they need, another boy). He moved from Olathe, Kansas with his father Shane, who works for BNSF Railroad in Alliance. His mom, Stephanie, is a manager at Olive Garden. Tyler has a step-brother, a step-sister, and a sister. This year, he is going to go out for football, basketball, and track, and in his spare time he likes to hang out with his friends. His favorite class is woods with Mr. Badje, because he doesn’t have to learn that much.

Sage Tiensbold, sister of Quinn, is the only new face in the freshman class. She also transferred here from Gordon schools and is going to play volleyball this year. She also enjoys swimming and hanging out with her friends. She also lives with her parents Mark and Ila. She enjoys taking choir, with Mrs. Varvel.

In the Junior High, two girls and one boy arrived this year. Bayli Bilby is a seventh grader, and Augusta McMillin and Levi Glines, are both in the sixth grade. Bayli transferred here from Chadron Middle School, and she plans to participate in cross country, basketball, and track. She lives with her father, Burt, who is a rancher and her mother, Dawn, who runs a daycare, and her younger brother. When she isn’t in school, she enjoys riding horses, working with her dad, and going to rodeos.

Augusta is also new into the Junior High. She is in the 6th grand and plays volleyball, basketball, and track as well. She is part of a large family; four brother and two sisters. Her parents, Jennifer and Bruce own a buffalo ranch, and her mother teaches as well. She moved here from Kadoka, South Dakota.

The only boy new to Hay Springs Junior High is sixth grader Levi Glines. He used to live in the country near Pine Ridge, with his mother Nicole, who is a dental hygienist, his father Chris who works in construction, and his two younger brothers. His favorite class this year is math, and he likes to work on remote control planes in his free time.

We have MORE surplus yearbooks from past years for sale for $5.00 each. Please contact the school office at (308) 638-4434 if you are interested. The following years and quantities are available:

Mr. Janes here, with an update. The HSTV Newscast will be on hiatus for a few weeks as the Video Production students focus on learning how to edit and master video. In fact, they begin today so the 9/16 Newscast should be ready by week’s end – watch for it here. Once Albert, John, Dustin, Sage, Dylan and Marc are ready, the next HSTV Newscast credits will reflect a 100% student-developed production.

But fear not, the Hay Springs Schools news will continue to be cried throughout the town. The journalism students are expanding their coverage to include all games, Junior High through Varsity, for a more robust review of the week in sports. We ask all staff, parents and community members to submit story ideas to me, Mr. Janes, at jjanes@panesu.org so we can be as inclusive as possible. With that said, we will keep publishing the news on a weekly basis (as we have since August, for those of you who visit our website).

That reminds me, did you hear about the upcoming changes to the school Yearbook? You will soon. (How cruel, Mr. Janes!)

Greetings from the news desk; this is Mr. Janes. I’m a second-year teacher at Hay Springs High School but this is my first year teaching journalism here. I previously taught journalism in South Dakota, Wyoming and Kansas. Before becoming a teacher, I wrote for the Joliet Herald Newspaper in Joliet, Illinois, a suburb of Chicago and my home town. My degree is in English with an emphasis in Creative Writing. Needless to say, I love teaching journalism.

I have spent the first three weeks of school teaching the new journalism students about the basics of journalism. The “Ws and H” questions to ask are: Who? What? When? Where? Why? and How? These are critical when reporting so as to get all the facts and get them straight. Then there is the “Inverted Pyramid” of writing – it is the ordering of the important details in the article. Writing headlines and story “hooks” draw in a reader but if the story isn’t well written itself, the reader can easily be lost. So we have worked hard and hope the results will be in our words.

Speaking of which, the Journalism class students are the writers for the articles reported by the Video Production students in the weekly HSTV Newscast. Have you seen the inaugural video? Check it out right here on HSHawks.com or bookmark and return to our HSTV Channel at www.vimeo.com/hstv1 for all the newscasts this year.

In addition to regular “newsy” stuff, the Journalism class is currently deciding how to proceed with the new yearbook. With a school photographer on the horizon, we are sure to up our game visually, not to mention capitalize on our excellent writing skills to publish a great yearbook. There are some soon-to-come updates regarding the yearbook, but our goals always will be creating a high-quality product while learning skills valuable for a lifetime in the progress.

We are not done yet, but we don’t yet want to play our entire hand so… stay tuned for exciting changes!