The directors, cast and crew would like to thank:
Larel Reimann for sound advice, sharing his knowledge, and patiently listening.
Jerry Wellnitz for helping construct our sound booth.
Brad Bounous for support while passing the baton.
Candie Johnson with the Sheridan County Players for loaning us some great shoes!
Toi Lyn Flick for advice and encouragement.
Tina Skinner, Bonnie Housh, Julianne Rasmussen and the Nelson family for delicious food.
The Hay Springs Museum for historically accurate props.
Cravath Memorial Library for help with props and providing rehearsal space.
Jack Wefso for insight and character development pointers.
Shop/Ag students for some assistance with painting platforms.
Hay Springs Schools for supporting this activity.
Rickey Wohl, Brett Skinner and Nate Cochran for early mornings, long days and getting us where we need to go!
A big thank you to our audiences especially those who donated to our program!
Families of the cast, crew and coaches for patience and encouragement. 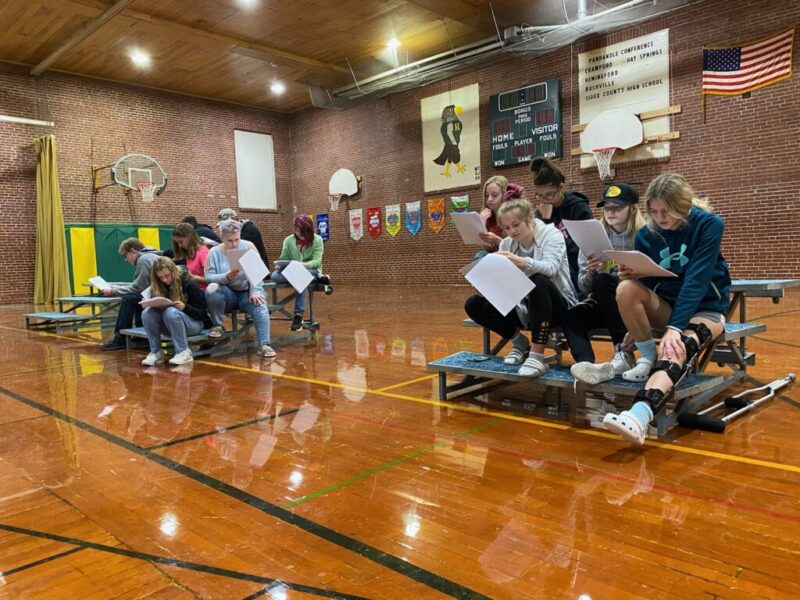 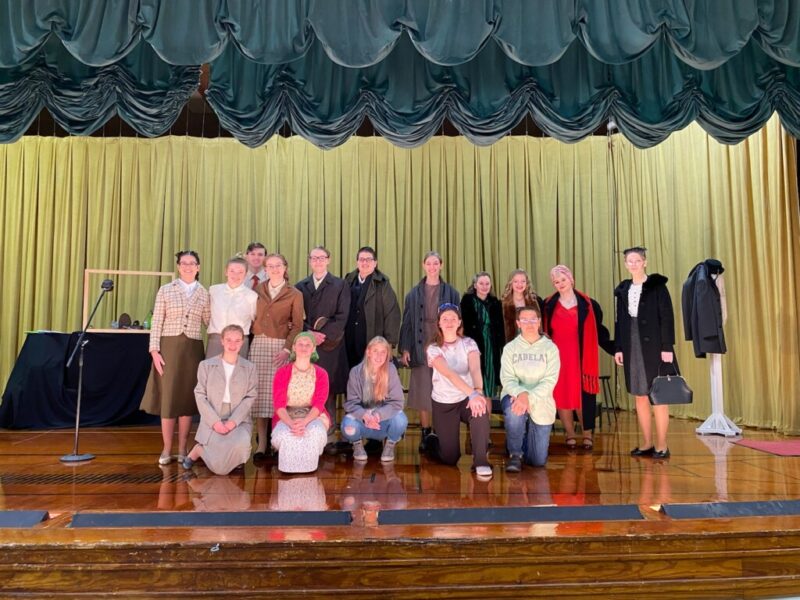 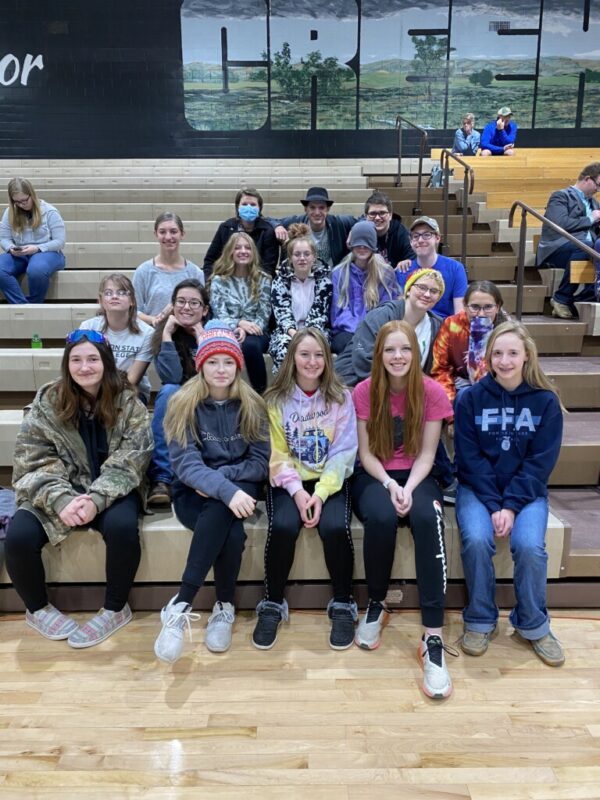 The Hay Springs One Act Team will be selling “Stormn’ Norman” t-shirts to help defray the cost of putting on our play. If you are not familiar with who Stormn’ Norman is you can follow him on Facebook by searching Stormn’ Norman or @StormnNormantheAlpaca. Norman is an alpaca who is an unofficial mascot and goodwill ambassador of the Hawks. Norm shows up to school and school functions to promote all the good things going on at the school.

Adult t-shirts and be purchased for $17; XXL and XXXL sizes will be more. Children’s sizes are $15 and long sleeve versions are $20. If you wish not to purchase a shirt but donate money that option is also available.

Shirts can be purchased online and shipped to the school for free or shipped to your home for a small fee. They can also be purchased by check or cash by contacting Brad Bounous or a member of the cast.

If you have any questions you can call Mr. Bounous at the school or e-mail him at brad.bounous@hshawks.com

Thank you for all your support!

on the verge of

The All School Play will be showing the “Pony Expresso” today at 2:30 and 7:00 pm in the Old Auditorium. Free will donation.

Hay Springs Drama will be heading to Hyannis for the District One Act Competition December 3.  They will be performing “Almost a Bride for Dracula”.  The cast is as follows:  Dracula-Seth Nowak, Donna-Leah Griese, Lisa-Tanna Badje, Becky-Katrena Ryan, Dracula’s Mom- Quinn Tiensvold, Becky’s Dad-Drew Letcher. The group will have a public performance on Dec. 5 at 7 p.m.

In this hilarious old time melodrama, we find ourselves at the Farm Motel of Pappy Quackenbush and his daughter Nellie. The rotten, but handsome, Stafford Blackman lured Nellie to the Big City with the promise of wedlock (so she thinks!). She realizes her mistake in time, and flees to the comfort of her country home. Blackman follows her and dastardly deeds begin. Our hero, Noble Hart, must save Nellie! Can he? Will he find her in time? With several sub-romances involved in the plot, this melodrama is a riot from start to finish! Hope to see you all at the performances!

The All-School Play is underway! This year’s production is called Murder by the Book by Craig Sodaro. This murder mystery will be captivating as our 10 talented actors portray famous authors as their secret identities!  Will the murderer be caught and will The Raven Society live to see another year to grant the famous Smoking Gun Award?!?!  To find out please plan to attend the performances of Murder by the Book.

It will be a show you won’t want to miss!

Well ladies and gentlemen, as much as I hate to say it…The Students Won!!!  This year’s All-School Play will be a murder mystery!  It is called ‘Murder by the Book’ written by Craig Sodaro.  This will be a fun show and we will get to incorporate a lot of students into the production, whether it be acting, student directing, sound, lights, costume assistants, or make-up assistants.  I am very excited for the start of this production.  We will be having auditions after state basketball!  The weekend for the show has been tentatively set for May  10th-13th.  If you want to help out in any way with this production, please do not hesitate to contact me!  Thanks, Coach Heesacker

It’s that exciting time of year when the Drama Department is making the final decisions on what play to perform for the All-School Play!  By the end of January we will have the decision made.  Last week I met with the students to discuss what type of play they wanted to do.  The students informed me that they would like to do either a murder mystery or a comedy, or better yet a comedic murder mystery.  I tried to persuade them to do a classical piece like Taming of the Shrew or Twelfth Night, but I think I gave them enough Shakespeare in the One Act play of Romeo & Beatrice and Toto, too this year.  Next time we meet I will have narrowed the search down to three plays and the students will be the deciding factor.  Keep on the look out for what exciting piece we will be performing, and to see if the students won with the murder mystery or if I won with the classical!

Line! One Act play practice started Monday, October 3 at 6:45 a.m. Practices last an hour and will be Monday through Thursday mornings in the Auditorium. On Fridays practice will start at 8 a.m. One Act is a NSAA acting competition. Similar to sports, the One Act group will be competing in Panhandle Conference on November 16 and possibly Districts. The play for this year is Romeo and Beatrice and Toto too. The participants of this year’s One Act are; Kelsey Kudrna, Tauna Letcher, Dustin Lee, Zoe Schneider, Kerisa Marx, Colten Marx, Laurin Bronson, and Brook Scherbarth. Before Panhandle Conference the One Act crew will perform the play for the whole school, an official date has not been decided yet when this will be.

Ms. Heesacker said, “I’m really excited to teach the kids about theatre and not just being competitive.”