Today, instead of doing math, we did experiments!  We got to see if a pumpkin would sink or float in water.  We also got to count the lines.  We measured the circumference of the pumpkins.  Then, we gutted them.  We counted how many seeds there were.  We saw that a smaller pumpkin had the most seeds. 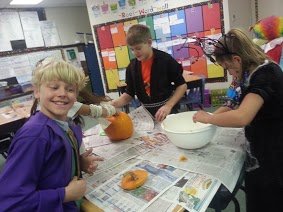 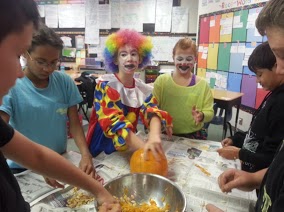 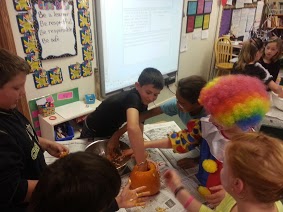 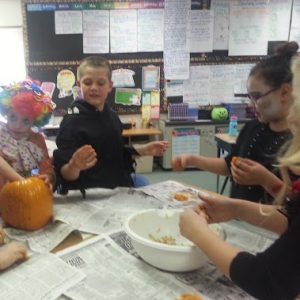 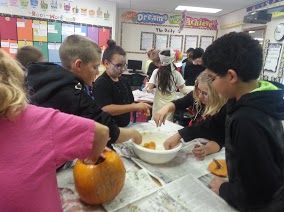 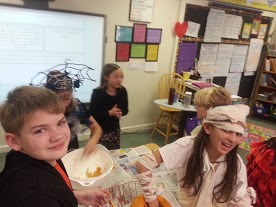