On Tuesday, May 17th, 2022, the Hay Springs FFA Chapter hosted their 2nd annual FFA Banquet for the public to attend. They started off with the opening ceremonies performed by the 2021-2022 Chapter Officers followed by the free meal that consisted of pulled pork, potatoes, and salads and desserts that were provided by the FFA members and their families. Once everyone concluded with the meal, we resumed the ceremony with our guest speaker Dana Soukup. Dana was a keynote speaker who was once taught by our own Mr. Lechtenberg and who became the State FFA President and moved on to become the National FFA President during the years 1988 and 1989. He started out as a small part of a company and worked his way up to becoming the President of Siemens Industry Inc, a global organization.
After Dana finished his speech, the ceremony moved onto the recognition of the State Degree recipients, the Star Greenhand recipients, and the Chapter Star recipients. This year we gave two awards to Honorary Chapter Members for giving a lot of community support. These awards were presented to David Russell and representatives of Westco based in Hay Springs.
Following this, there was the Chapter Leadership Award presented to our president, Braydon Binger, for possessing the most ideal leadership qualities in our chapter. This year, we had two senior FFA members who were also officers. These two seniors, Logan Decoste and Laney Smith, both gave their retiring addresses and showed their support for the future FFA members.
As most of you know, Mr. Lechtenberg, our ag advisor and superintendent, is planning to retire this year. To honor everything he did for us, the chapter made him an appreciation slideshow with clips from his family members and from students he inspired. The FFA members also made him a precious gift to honor his time as an advisor and to always remind him of what he accomplished. To end the night, the 2021-2022 FFA officers announced and installed the new officer team for 2022-2023. It was then put upon these officers to finish off the evening with the closing ceremonies. 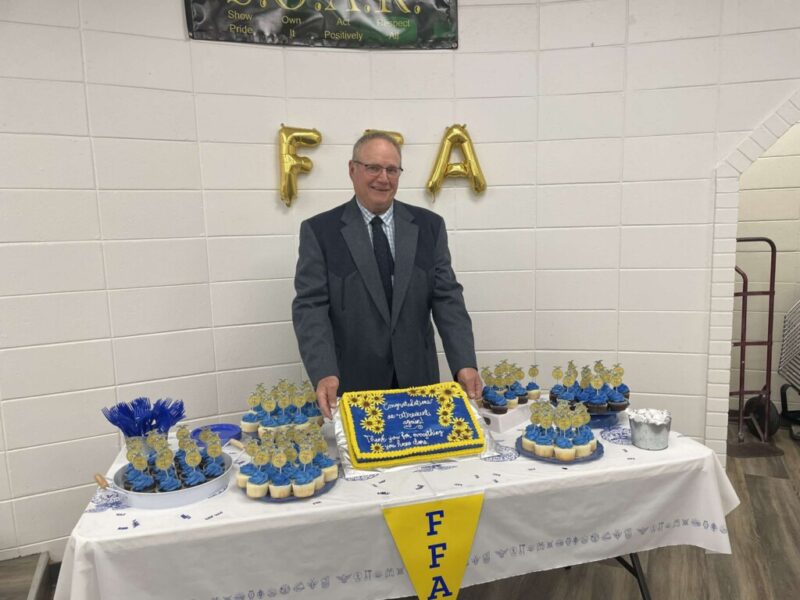 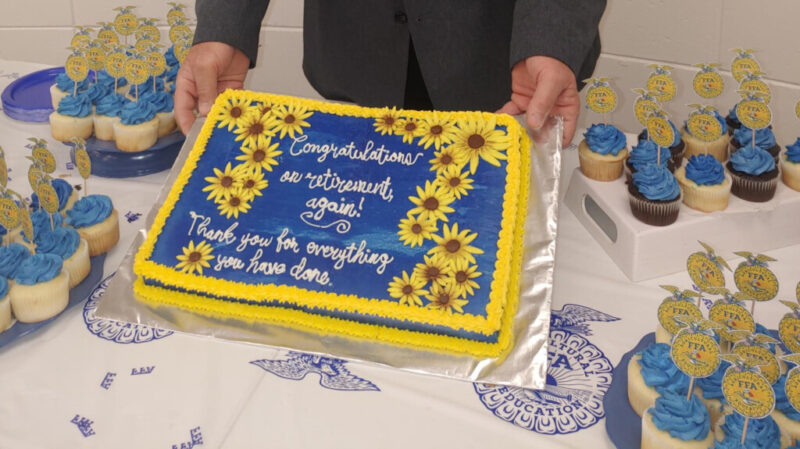 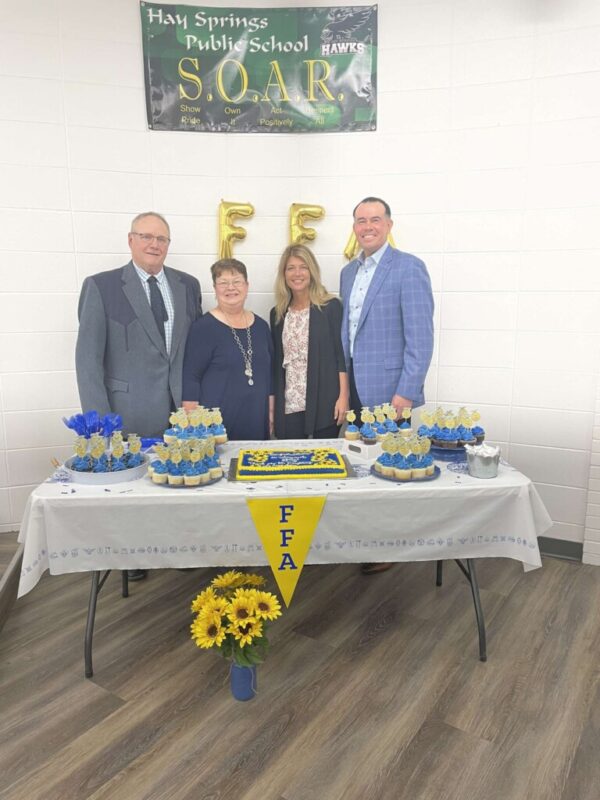 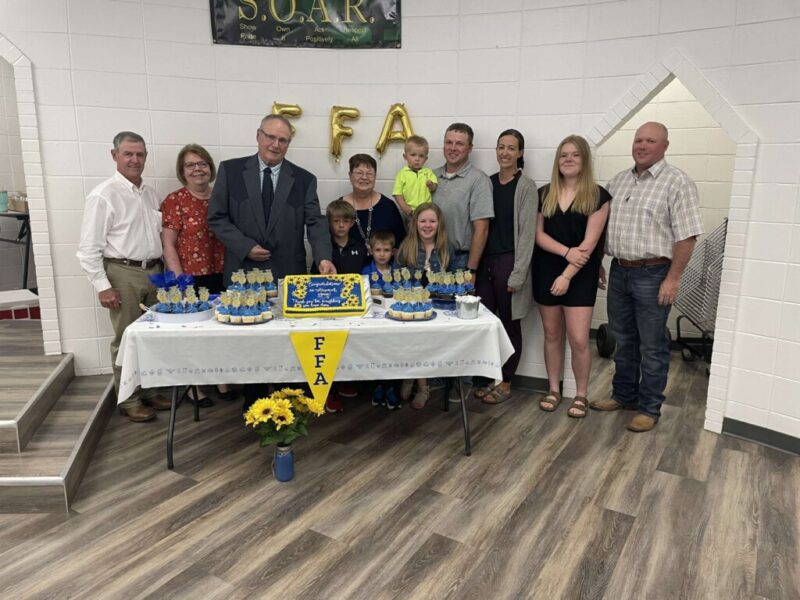 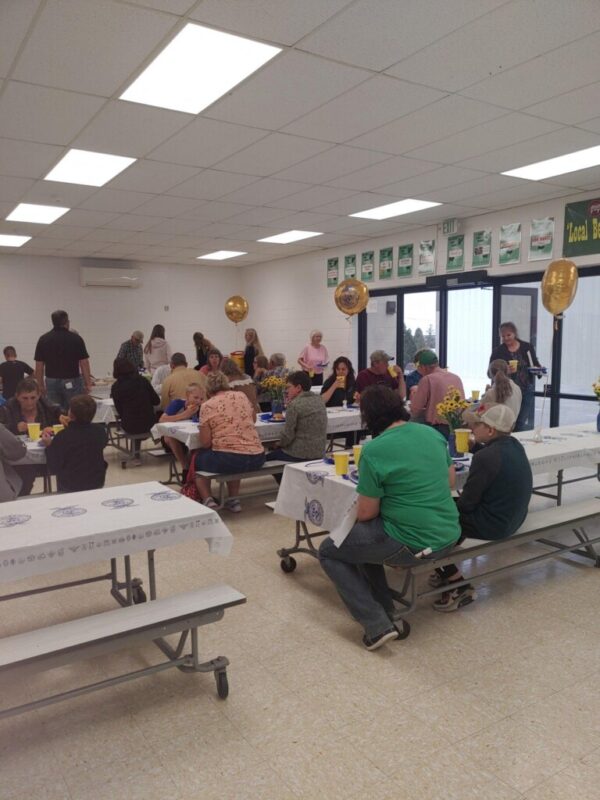 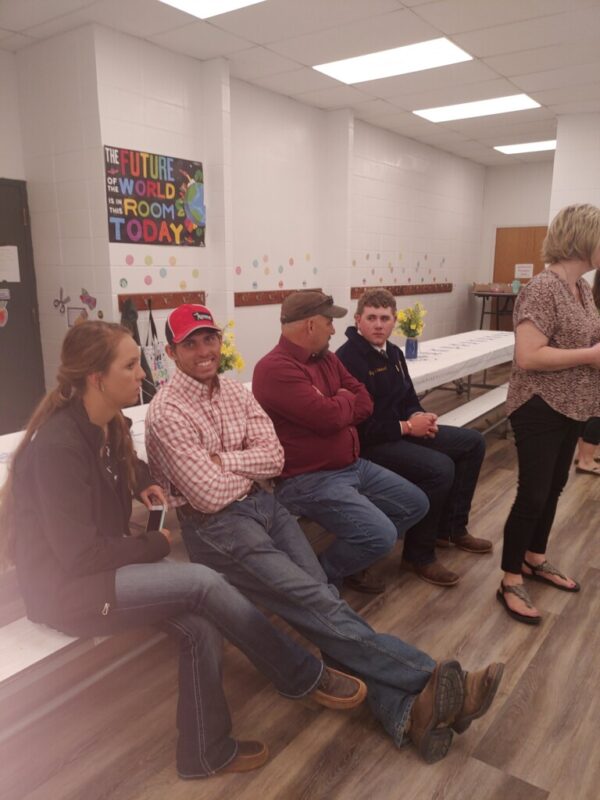 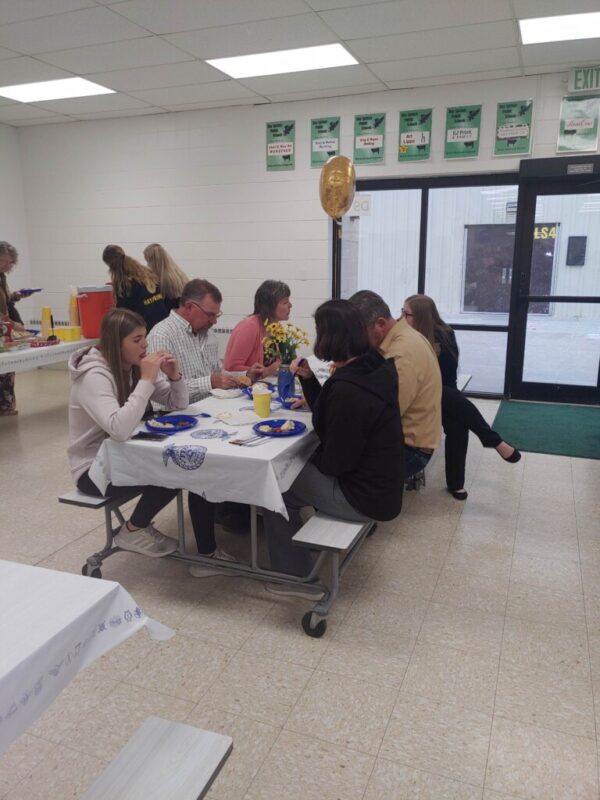 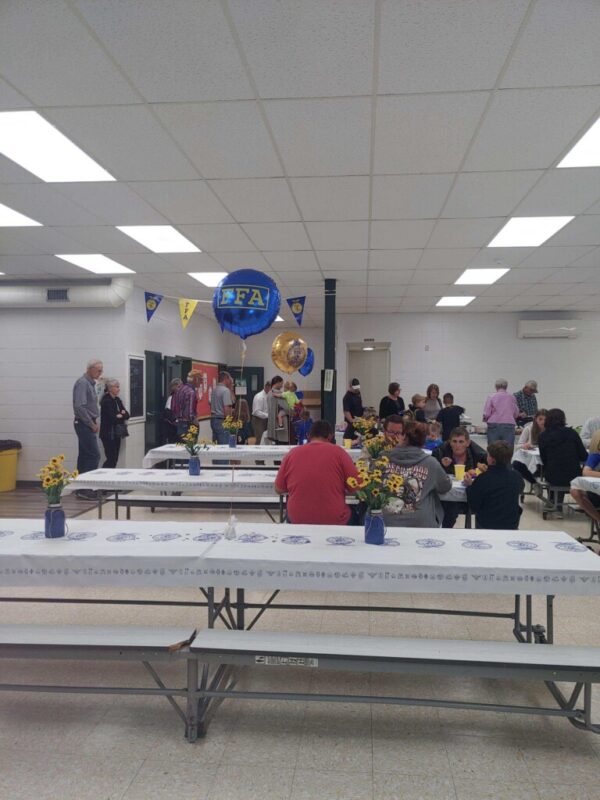 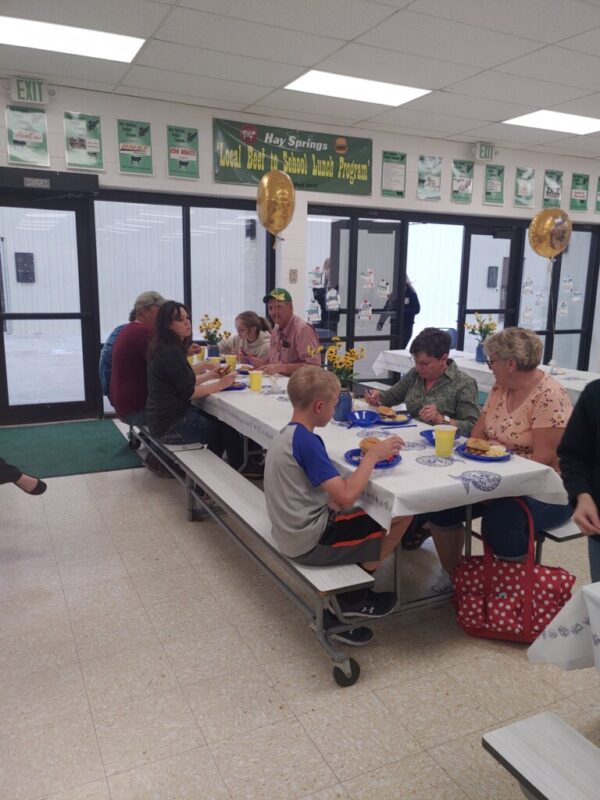 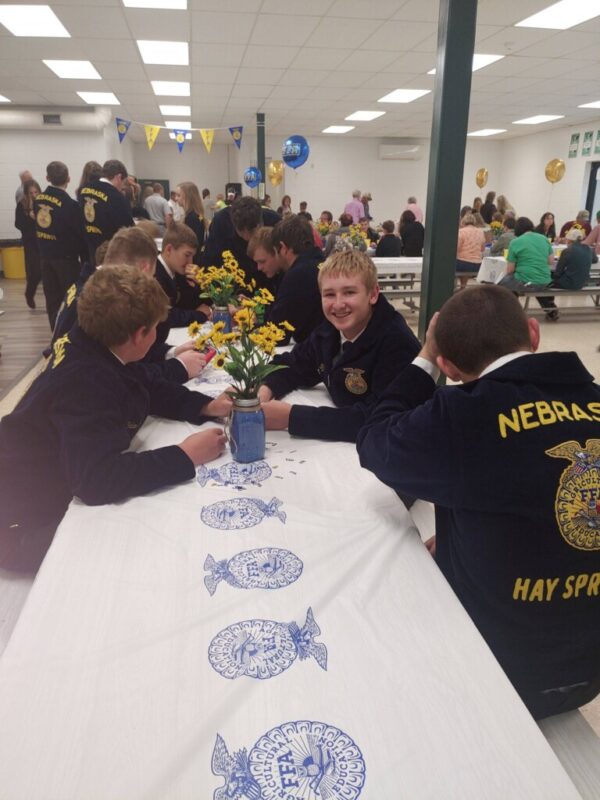 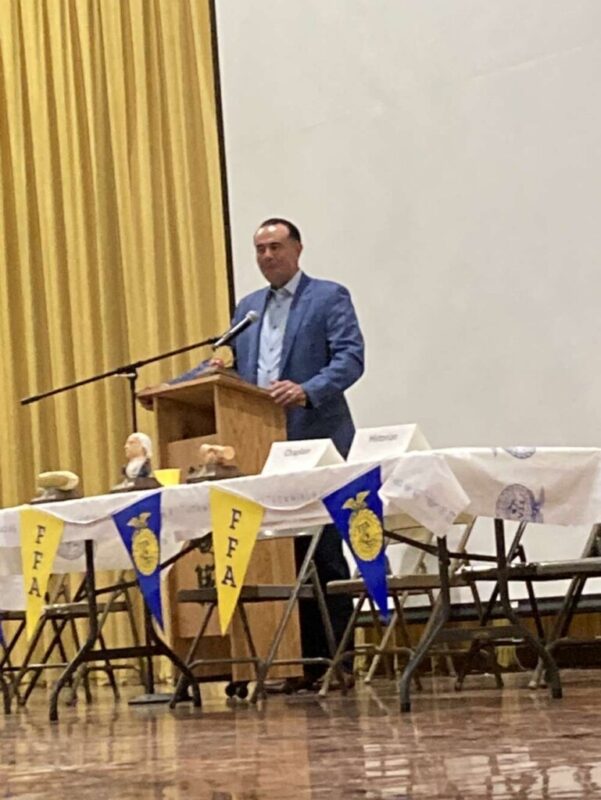 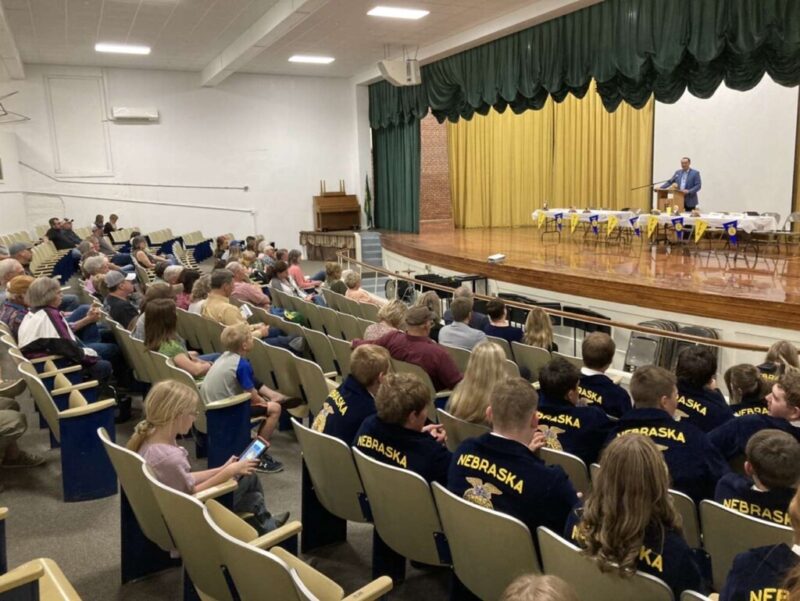