On November 5th, we went to Mike Van Buskirk’s Farm, where he uses 3 wind turbines to help power his farm. He uses the energy for his house, pivots, & wells. When he isn’t using all of the electricity that he produces, he sends it down the electrical line so his neighbors can use it. A small wind turbine costs about $125,000 and can be bought in Oshkosh, Wisconsin. You can go to a website to see what the wind turbine is doing. One of his wind turbines makes the most wind energy in the U.S. The wind turbines were about 100 feet tall and the propellers were 36 feet long.

On November 5th, we experienced corn and beans. First we stopped at Kelley Bean and talked with Rick Schneider who taught us how to take a sample. Then, we tested the beans for the moisture and the 1-3 tare. Ones are market value, which is about $33 a bushel, and threes are about $28 a bushel. After that we travelled to a corn field to watch Lyndall Letcher of Letcher Farms harvest corn. The high wind knocked over the stalks, causing the ears to fall off. As an example, we picked up ears of corn and estimated the value to be about $200 per acre loss. Then we watched the Case IH combine unload the grain into the J & M grain cart, which will dump the grain into the waiting trucks, to unload into the Letcher Farms grain bins for use on the farm or sold for the farm expenses.

We were coming back from our field trip and we had to make an unexpected stop. We had a flat tire, but we had enough air to get to the tire place, Westco. This is how you change one…. First, he (Randy Turman) got a jack and jacked up the suburban. Next, he got an impact and a socket and took off the hub cap and the tire. Then, he took the core out, took the tire off the rim, and was careful not to break the air sensor. After that he ground down where the whole was on the inside, he felt inside with a rag, so he didn’t get hurt, to feel if there were any more nails or stuff in there. Then he sprayed it with a liquid, put glue on, let it dry a little, and put the patch on and used a tool to get the air pockets out. Finally, he put the tire on the rim where he took it off, put the core in, put in 50 psi. of air in and put the rim and the hub cap back on, and let down the jack. We learned how to change a tire and we were ready to go. 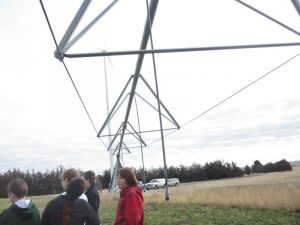 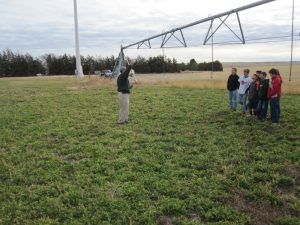 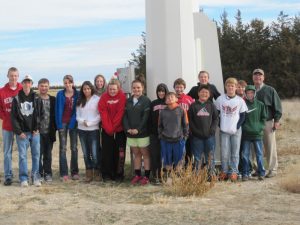 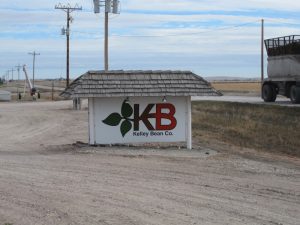 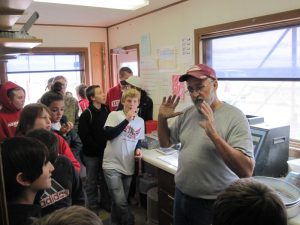 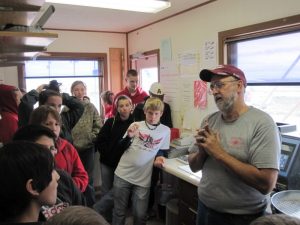 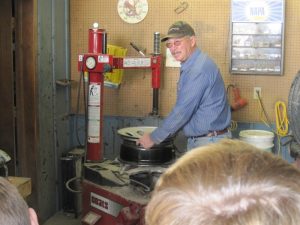 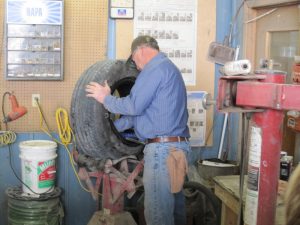 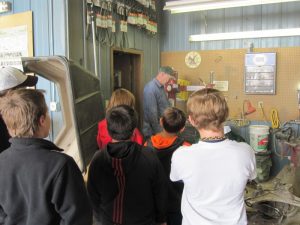